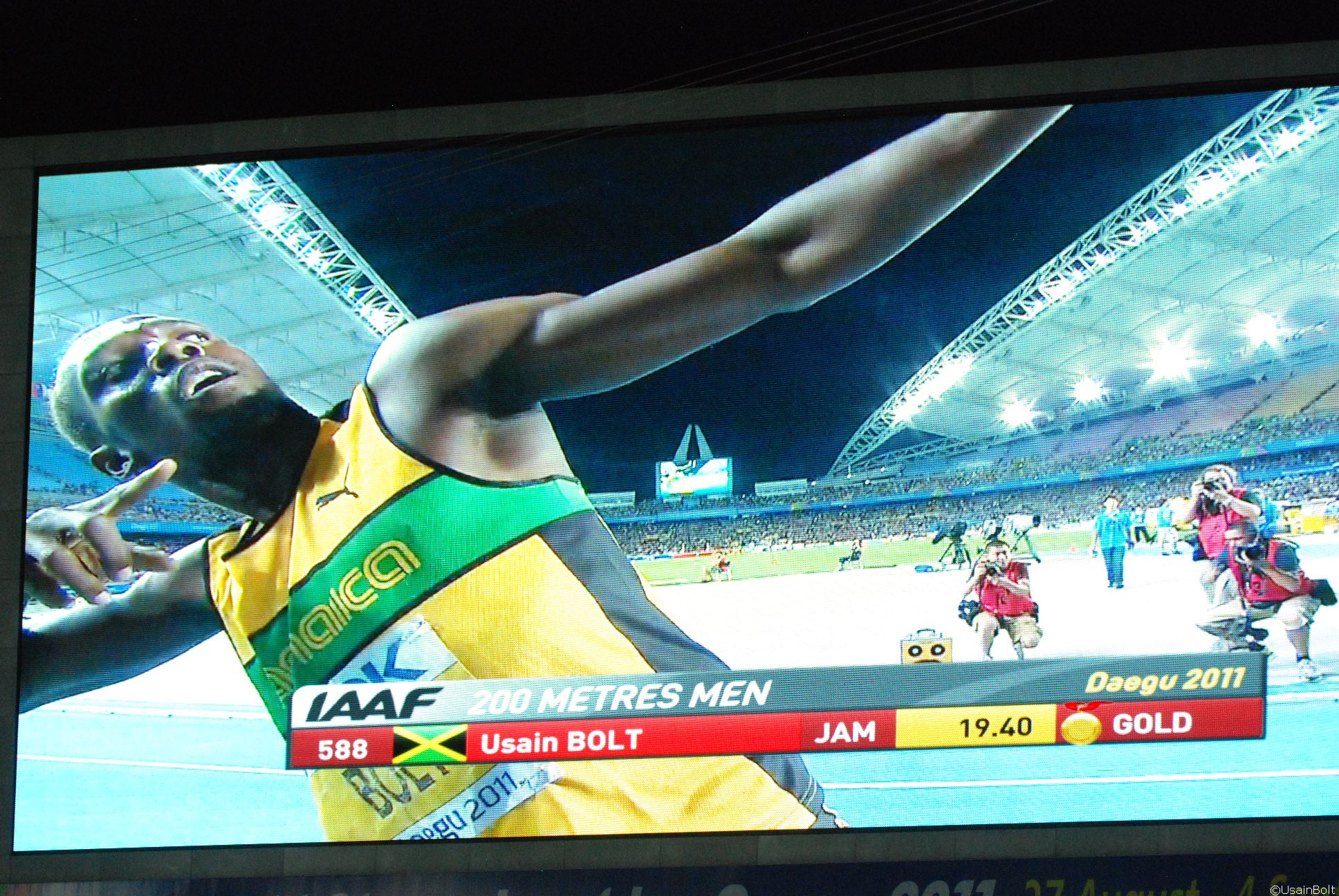 Daegu, September 3 – Usain Bolt ran a world leading 19.40 seconds to capture the gold medal in the 200 metres at the 13th World Championship in Daegu, South on Saturday. Bolt breezed through the semi final and round one a day earlier to make it to the final.

Bolt’s 19.40 is the fourth fastest time in history over the distance. Bolt who was the slowest out of the blocks, covered USA’s Walter Dix very early in the race and quickly lead the pack into finishing the race with a fast time. Dix rand 19.70 for second while Frenchman, Christopher Lemaitre clocked 19.80. Only Bolt (two times) and Michael Johnson (USA) have ever run faster.

When Bolt entered the 200 metres start the capacity-filled stadium cheered loudly before being hushed by the public address system. The defending world champion was his usual playful self and did his antics to keep the crowd screaming.

His victory lap took him around to greet as many fans as he could before coming to greet his family and management team. Bolt then started off his media interviews.

Bolt will run next on the 4 X 100 metres team for Jamaica.