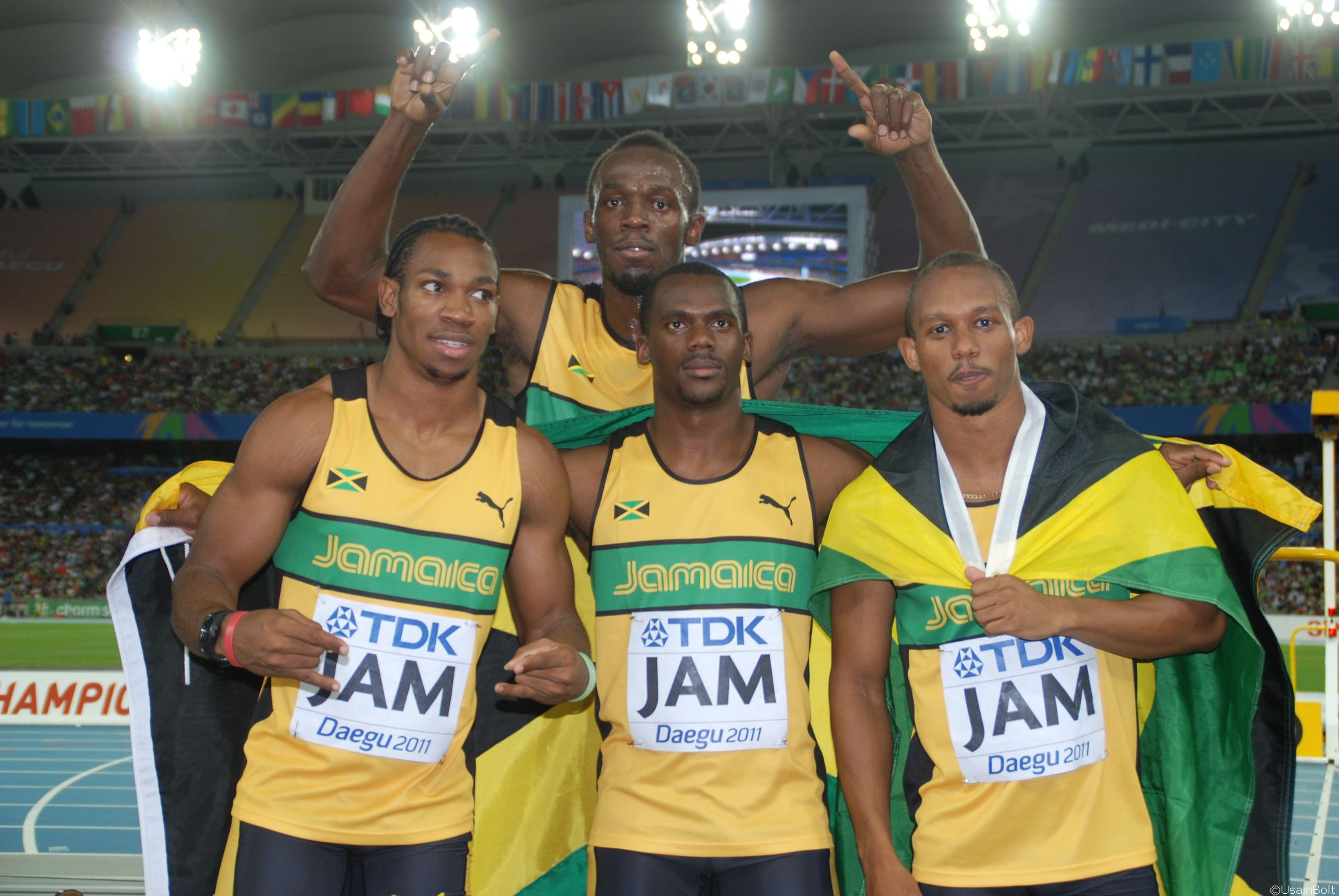 Daegu, September 4 – The fastest man in the world, Usain Bolt anchored his Jamaican 4 X 100 metres relay team to an astonishing world record of 37.04 seconds to end the 13th World Championship in Daegu on Sunday.

This was done on the final day and the final event and Bolt was a part of delivering a splendid end to a great World Championship in the rural Korean city.

Bolt along with teammates, Nesta Carter, Michael Frater, Yohan Blake (world 100 metres champion) took the only world record of the championship along with a TDK sponsored cheque for US$100,000.

Bolt who came in for the final replacing countryman, Dexter Lee, had earlier won the 200 metres on Saturday with an impressive 19.40 seconds.

Bolt and his teammates did the typical victory lap, not before he did a few dance moves with Blake, while Frater and Carter watched.

In an interview, Bolt said he just wanted to go out there and run fast. “We did just that. I am proud of my team,” Bolt said. “I am happy with myself. I enjoyed being the anchor. I had a little problem with my Achilles. I can’t run the bend. It was decided I would run the anchor. Yohan Blake ran a great bend. I am happy with that.”

Jamaica ended with nine medals, 4 gold, 4 silver, 1 bronze and was 4th in the medal table.