BOLT HOSTS TREAT IN HIS HOMETOWN ON BOXING DAY 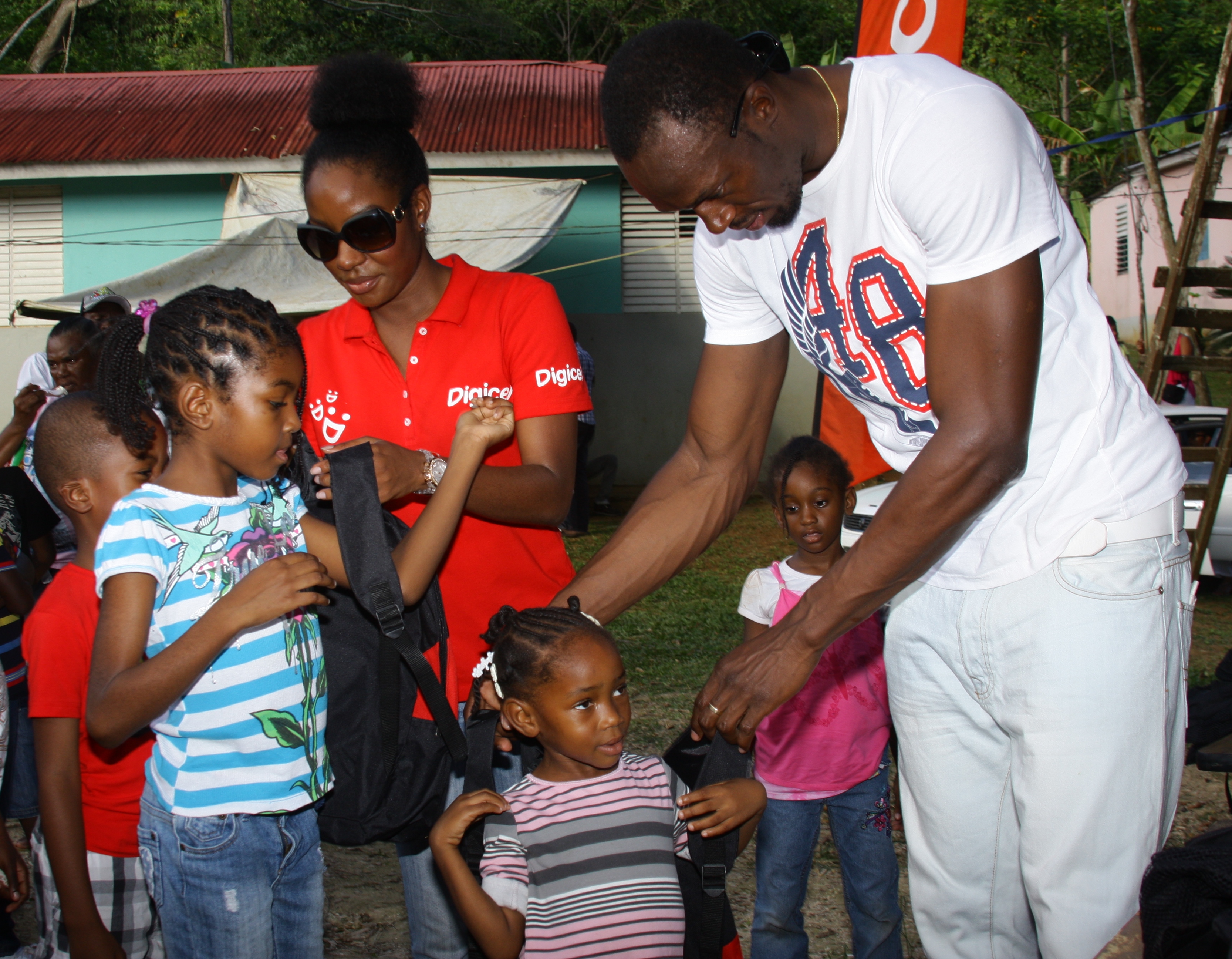 TRELAWNY, DECEMBER 26 Usain Bolt was back in his hometown, Sherwood Content on December 26 (celebrated as Boxing Day) on the grounds of Piedmont Basic and Waldensia Primary Schools where he was on location to host 200 children.
Bolt under his Usain Bolt Foundation banner, partnered with Digicel, KFC and his team to treat the children to a day of fun and frolic. The IAAF Athlete of the Year and Digicel Ambassador handed out gift packages to the children and worked his way into the crowd, sharing with a wide cross section of those who attended. The children targeted were the ones up to 12 years of age.
Usain’s two year old Foundation supports 13 charities in Jamaica and supports numerous events worldwide all aimed at enhancing the lives of children including the Cardiac Surgery Programme at the Bustamante Hospital for Children and five primary and basic schools in Portland.
In explaining the idea behind this year’s staging of the treat, Bolt said, “When I was growing up, Christmas was always a good time for me so I thought to host a treat for the children during this season would be a good idea, it was really good to be on the grounds of my past schools and seeing the smiles on the faces of the children. I go home every Christmas to spend time with my family and friends so I was really happy to be there to share with them.”
Tahnida Nunes, Sponsorship Manager who was on hand with a team from Digicel shared that the partnership with the Usain Bolt goes beyond his athletic talent and achievements to date. “We’re always working with our Brand Ambassadors on their respective charities as we believe wholeheartedly in giving back to our communities. Choosing to host a treat right here in his hometown speaks volumes about Usain as a person, it is clear that he shares a deep love for his community and wants to see it grow and develop. We commend Usain and his team on conceptualizing the Usain Bolt Foundation and for the work they have been doing through his Foundation to help those in need. ”
Carole Beckford CEO of the Usain Bolt Foundation also expressed that, “We are very happy to see the first official treat under the Usain Bolt Foundation come to life. Usain’s mother and close family members have been very involved over the years with the various treats that were held and today’s treat is no different.”
The gift packages included a backpack with reading and colouring books, crayons and water bottles. In addition to the gifts, the children were treated to a variety of games, rides and refreshments.