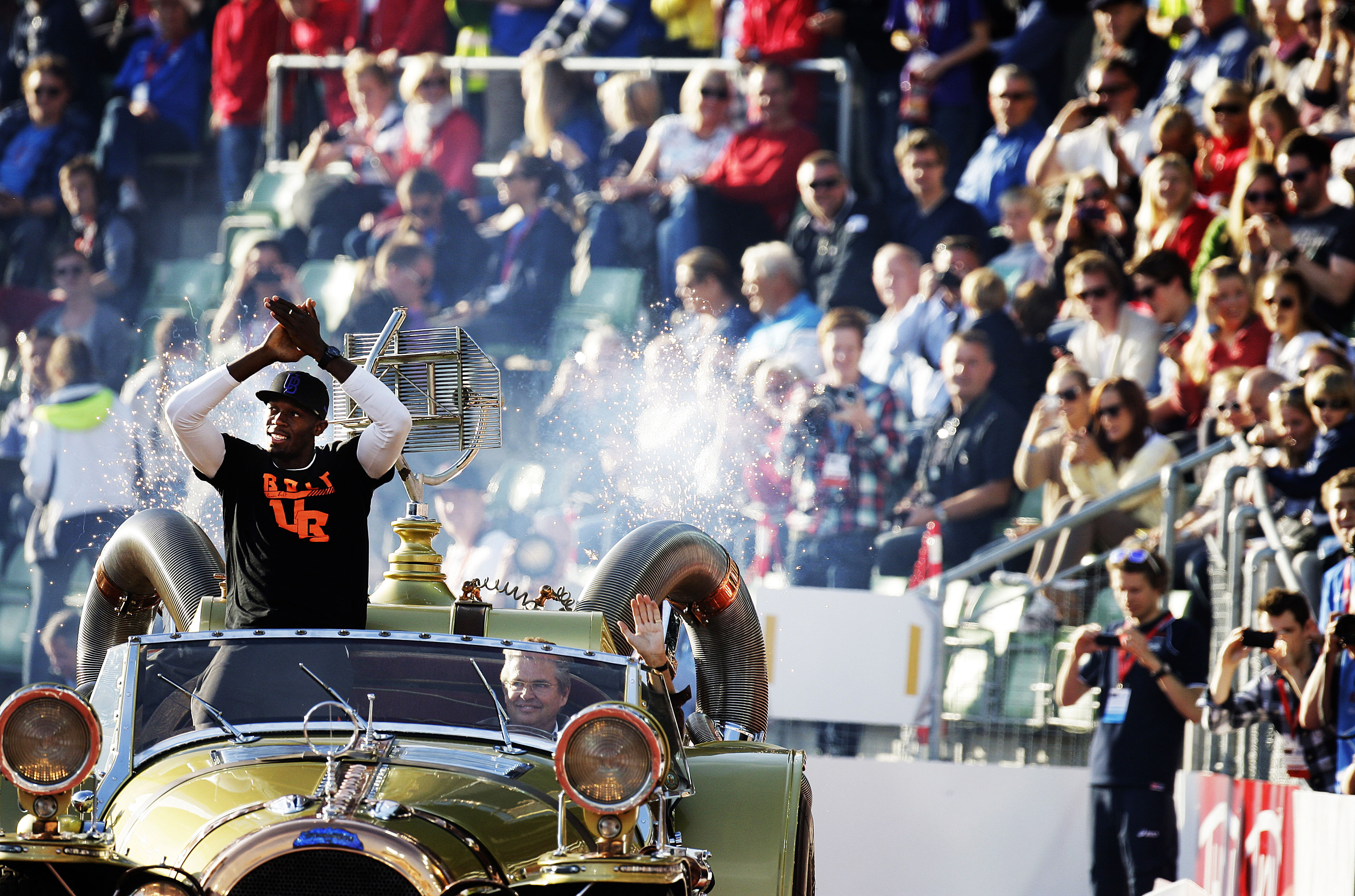 The world’s greatest sports star will run at the Bislett Stadium for the third year in a row. Usain Bolt will return to Oslo, Norway and the ExxonMobil Bislett Games on Thursday 13 June 2013 where he will be competing in the 200metres. The meeting in Oslo is the sixth of the 14 meets in the world athletics series, the Samsung Diamond League.

“I am looking forward to come back to Oslo and the ExxonMobil Bislett Games this summer. I have many good memories from this great city and from the Bislett Stadium. I was really happy with the time of 9.79 in the 100metres last year – it was a new stadium record. I will run the 200m this year and look forward to competing in front of passionate and knowledgeable athletics fans,” said Usain Bolt.

Preparations for the World Championship

“This aim for 2013 is the IAAF World T&F Championships in Moscow in August.  My goal is to win three gold medals and repeat my Olympic Games success. My 200m race at the Bislett stadium on June 13th will be an important stepping stone towards that goal,” said Bolt. “My preparations have been good this fall. I am injury free, working hard and everything is going according to plan. I hope to come to Bislett prepared and ready to run a great race,” said Bolt.

The number of Usain Bolt fans is continually rising, and he has now more than 10 million fans on Facebook and 2.3 million followers on Twitter. He has been named sports personality of the year in a number of countries and magazines.

“Usain Bolt has sparked a lot of interest in the ExxonMobil Bislett Games for us in the last couple of years. We are very proud that Bolt shows his appreciation of what we done for him by coming back to Bislett after his incredible success at the London Olympics last summer. All athletics meetings in the world want to secure his participation. The fact that he is coming to Bislett three years in a row says a lot about the setting and the atmosphere that we have been able to create for this meeting with such a rich history. That is what he loves, and that is why he keeps coming back. He wants to write history with his performances and become a legend. So it is only fitting that he runs at the legendary Bislett Stadium, said Meeting Director Steinar Hoen.