Laureus World Sportsman of the Year 2013 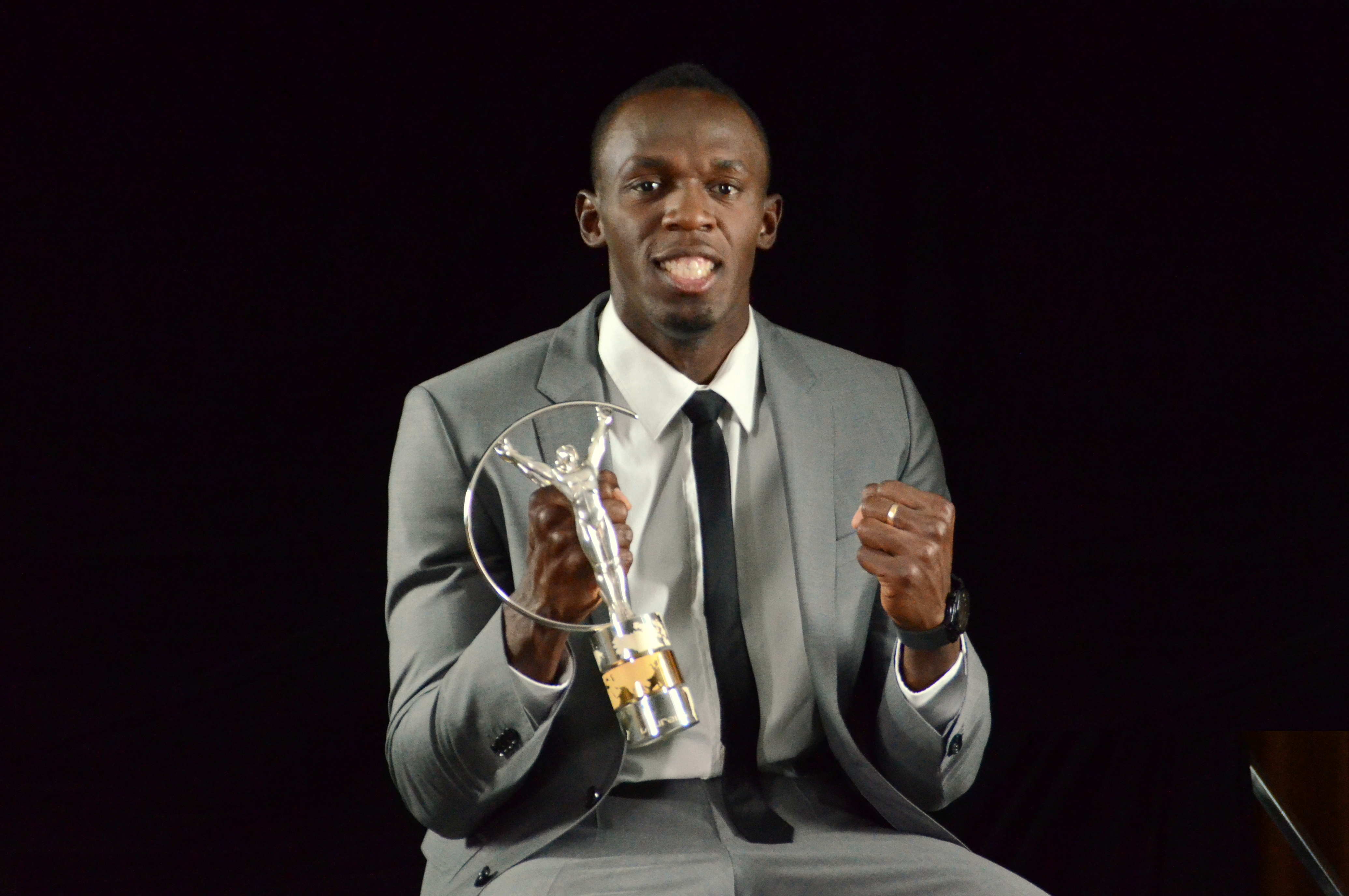 RIO DE JANEIRO, March 11, 2013 – Jamaican sprint star Usain Bolt – the fastest man on Earth – is the winner of the Laureus World Sportsman of the Year Award for the third time after his sensational performance in the London Olympics.

In London, Bolt became the first man in history to win the 100 metres, 200 metres and 4 x 100 metres gold medals for the second straight Olympiad.

Regarded by many as the greatest sprinter of all time, he is the first athlete to hold both 100 metres and 200 metres world records since electronic timing was introduced. Along with his Jamaica team, he also holds the world record in the 4 x 100 metres relay. A five-times world champion, he was winner of the Laureus World Sportsman of the Year Award in both 2009 and 2010.

Laureus World Sports Academy Member and Olympic track legend Michael Johnson said: “Usain Bolt is head and shoulders above his competition.  London probably showed that Usain is the greatest 100 and 200 metres sprinter we have ever seen. He deserves to win his third Laureus World Sportsman of the Year Award. Usain is one of those rare and exceptional talents that only come along once very 10 or 20 years. In my career it took me 11 years to achieve what I did in terms of Olympic and World Championship gold medals and world records. Usain pretty much matched that in about three years. After so much success so quickly I wondered how he would find motivation, but in London he showed how much he wanted to be Olympic champion again.”

After receiving the Laureus Statuette, Usain Bolt said: “This is one of the greatest honours. I worked hard over the years to win this a third time. It’s magnificent. It’s like winning a gold medal. Michael Johnson, for one, was definitely my idol growing up. I just wanted to be like Michael Johnson. He made me want to be an Olympic champion.”

Also nominated for the Laureus World Sportsman of the Year Award were legendary swimmer Michael Phelps, the most decorated Olympian of all time with a career total of 22 medals, Mo Farah, winner of the 5,000 metres and 10,000 metres double, Bradley Wiggins, winner of the Tour de France and the Olympic Time Trial, FC Barcelona’s Lionel Messi, who scored a remarkable 91 goals in 2012, and Germany’s Sebastian Vettel, who won his third straight Formula One World Championship.

The Laureus World Sports Awards, which recognise sporting achievement during 2012, were unveiled at the Awards Ceremony at the Theatro Municipal in Rio de Janeiro, which was hosted by Hollywood stars Morgan Freeman and Eva Longoria.

The Awards were announced in seven categories. The full list of winners is:

Laureus World Sportsperson of the Year with a Disability: Daniel Dias

For full biographies of Winners and Nominees go to www.laureus.com

Proceeds from the Laureus World Sports Awards directly benefit and underpin the work of the Laureus Sport for Good Foundation, which supports more than 140 community sports projects in 34 countries around the world, including three in Rio de Janeiro. Since its inception, Laureus has raised €60 million for projects which have improved the lives of more than one-and-a-half million young people.