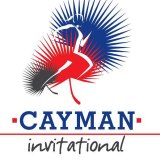 On the 8th May 2013 the Cayman Islands will host the second annual Cayman Invitational, one of the biggest athletic track meets of its kind in the Caribbean, and none other than world-famous, six-time Olympic gold medalist and World Record holder, Jamaica’s Usain Bolt, will be taking part.

Organized by Cayman’s own Commonwealth Games gold medal winner Cydonie Mothersill of KyStar Athletics, Cayman Invitational is quickly becoming an important fixture on the agenda for the world’s top athletes, consisting of 12 track and two field events and featuring over eighty professional track athletes, all taking place at the Truman Bodden Sports Complex.

“We are absolutely delighted we have been able to draw athletes of the highest caliber to participate in the 2013 Cayman Invitational and are sure that the high regard in which the event is already held has assisted us in attracting the likes of Usain Bolt” Ms Mothersill said.

“I’m looking forward to running in Cayman on May 8,” said Usain Bolt.  “I have not competed there before, but my coach was there last year and spoke well about the event.  Sprinting in the Caribbean is stronger than ever and it is great to see new track and field meets starting up.  Cydonie has done great things for her country on the track and is now working hard to develop opportunities for others.  I hope my presence in Cayman will inspire the youth and contribute to the development of the sport.”

The event is listed on the North American, Central America and Caribbean Athletics Association (NACAC) calendar as an area permit meet, and is certified by NACAC (the governing body for athletics for national and multi-national track federations within North America, Central America and the Caribbean) and sanctioned by the Cayman Islands Athletic Association (CIAA), which shows the high status Cayman Invitational has achieved already in the world of athletics.

Citing the positive influence athletics has had on all parts of her own development, Ms Mothersill hopes that as many people, particularly youngsters, will come out in support of this unique event.

“I have been extremely fortunate to make a successful career from athletics, but just as important have been the many other benefits I have gained from the sport, such as self-discipline and the development of a strong work ethic,” she said. “It is our hope that young people in Cayman will be encouraged by watching their sporting heroes perform live and be motivated to achieve great things themselves.”