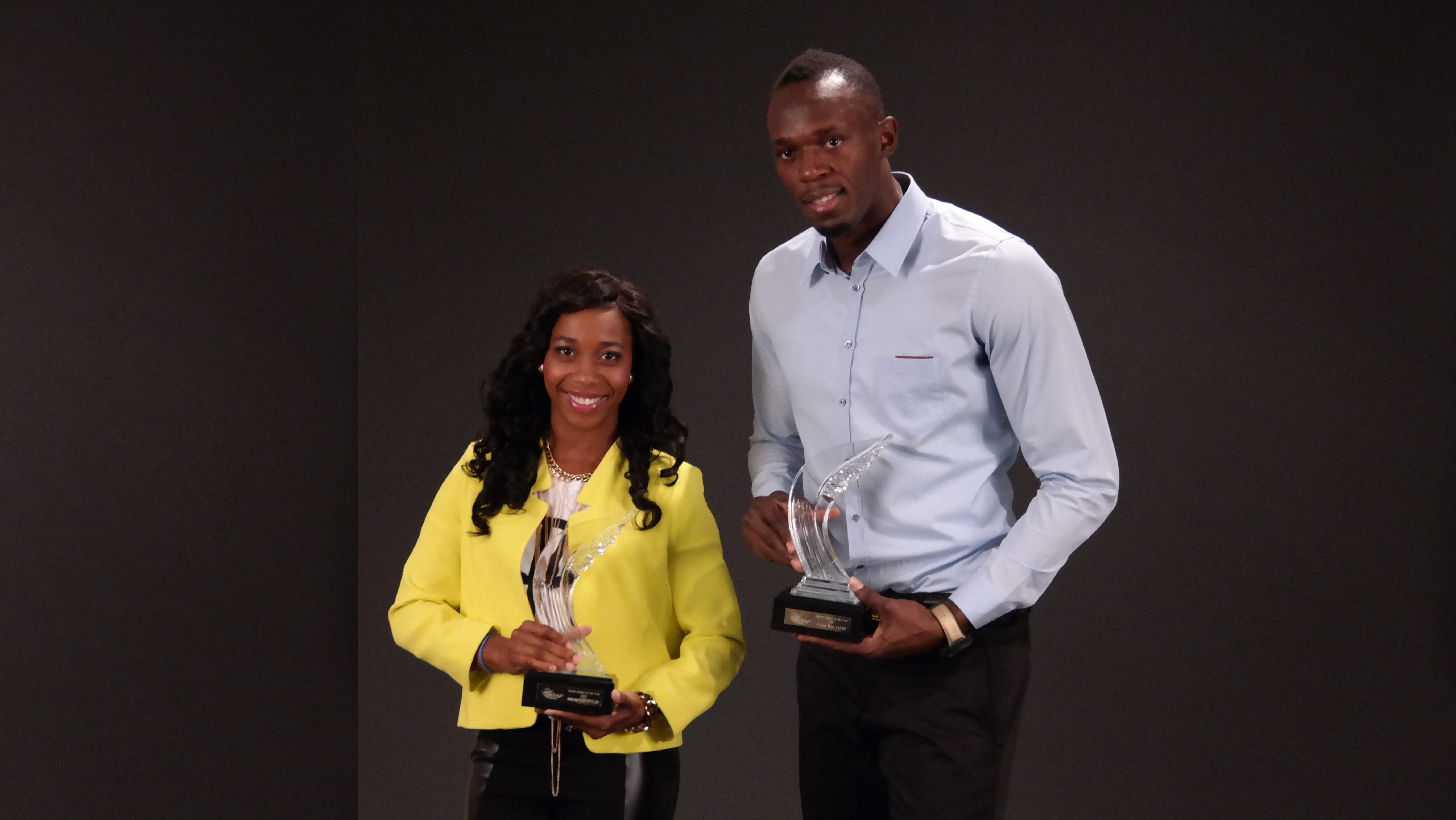 Usain Bolt (JAM) and Shelly-Ann Fraser-Pryce (JAM) were today named the Male and Female World Athletes of the Year for 2013.

Bolt, who won the award for the fifth time, and Fraser-Pryce, a first-time winner, received their trophies at this evening’s IAAF World Athletics Gala held at the Salle des Etoiles of the Sporting Club d’Eté.

The awards were hosted by International Athletics Foundation (IAF) Honorary President HSH Prince Albert II of Monaco and IAF & IAAF President Lamine Diack, who presented the trophies to the Male and Female winners.

He concluded his World Championships by anchoring a Jamaican quartet to the gold medals in the 4x100m Relay. Bolt won 10 out of his 11 100m races (including heats), and was unbeaten in his five races over 200m.

“This season will be the one to go for the (200m) World record,” announced Bolt.

“I want to get ready to attack the World record,” he added, hinting that below 19 seconds was the target.

Like her compatriot Bolt, she also anchored the Jamaican 4x100m team to victory, a national record and the second fastest time in history.

“I’m shocked and excited. It’s something that has been a dream of mine,” said a delighted Fraser-Pryce, who becomes the second Jamaican woman to win, after Merlene Ottey in 1990.

“Not all the time do things happen that we want to happen, but this did,” she added.

Cain, 17, has set numerous US junior and high school middle-distance records and age-bests since the start of the year and became the youngest athlete ever to represent the USA at the IAAF World Championships after qualifying for the 1500m, making the final in Moscow.

She ran 800m in 1:59.51 at the IAAF Diamond League meeting in Eugene to become the first US youth, junior or high school female runner to go under two minutes and improved the US junior 1500m record by almost five seconds when she ran 4:04.62 this summer.

Salazar was an outstanding distance runner in the 1980s, winning the New York City Marathon on three consecutive occasions from 1980-1982. He also won the 1982 Boston Marathon and finished second at the 1982 IAAF World Cross Country Championships.

As a coach based in Oregon, Salazar has guided the career of Great Britain’s double Olympic Games and IAAF World Championships gold medallist Mo Farah as well as a host of top US international runners including Galen Rupp and IAAF Rising Star of the Year Mary Cain.

Merlo is a journalist with the Italian newspaper La Gazzetta dello Sport and has also been the President of the International Sports Press Association (AIPS), the global body representing sports journalists, since 2005.

FEMALE MASTERS ATHLETE OF THE YEAR
Christa Bortignon (CAN)