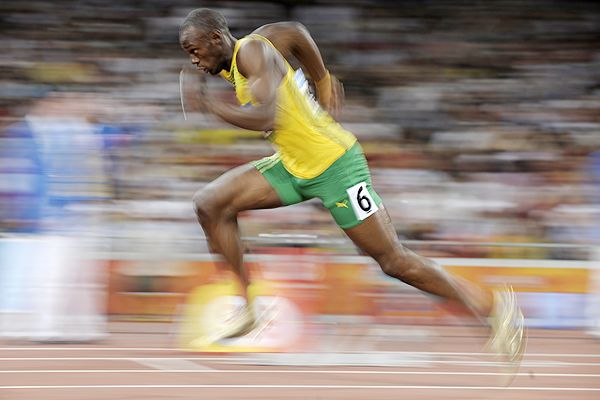 14th January 2014 – Organisers of the Golden Spike meeting in Ostrava today announcement that Usain will compete there on June 17, 2014.

PRAHA (CZE): Sprint star Usain Bolt will return to Ostrava this year. The Jamaican confirmed his participation at 53rd Ostrava Golden Spike meeting which will be staged on June 17 (IAAF World Challenge). It will be his 7th appearance at the event since 2006. So far he competed here three times in the 100 m, twice in the 200 m and also had one appearance at the 300 m. He was also scheduled to run the relay in 2013 but later decided to give preference to training before World Championships in Moscow where he won three gold medals. The event for the 2014 edition will be decided later, possibly in March. “I am happy to come back to the Golden Spike meeting Ostrava on June 17.  I have competed in Ostrava many times since I was a teenager.  I always enjoy the meeting and the energy from the enthusiastic fans which creates a great atmosphere.  Ostrava is a fast track when the weather is good.  I ran 9.77 in the 100m in 2009 and 19.83 for 200m in 2008.  I look forward to good weather and good performances in 2014,” he said in a statement for the organisers.

Bolt won most of the Athlete of the Year 2013 polls and in many of this votes his partner on stage as top woman was the Jamaican triple World champion from Moscow Shelly-Ann Fraser-Pryce. And she also confirmed her appearance at the Ostrava meet which will now present both current top names of the global sprinting scene. The double olympic winner in the 100 m already decided about her event in Ostrava, it will be the 200 m.  I’m really looking forward to competing in the 200m. I’m hoping for a warm summer evening to give the fans a fast time and something to cheer for,” she said for the organisers. They are hoping she will be able to attack the meet record 22.07 set by legendary Czech Jarmila Kratochvilova in 1981. Actually as per current records she would need to beat her personal best 22.09 to achieve this. In other events already confirmed are French pole vault star Renaud Lavillenie and for IAAF Hammer Challenge the day before (June 16) Polish stars World champion Pawel Fajdek and Moscow silver winner Anita Wlodarczyk. In men hammer also other two World medalists Krisztian Pars (Olympic winner) and local star Lukas Melich. Organisers are informing.