Usain adds the 200m gold to complete the sprint double 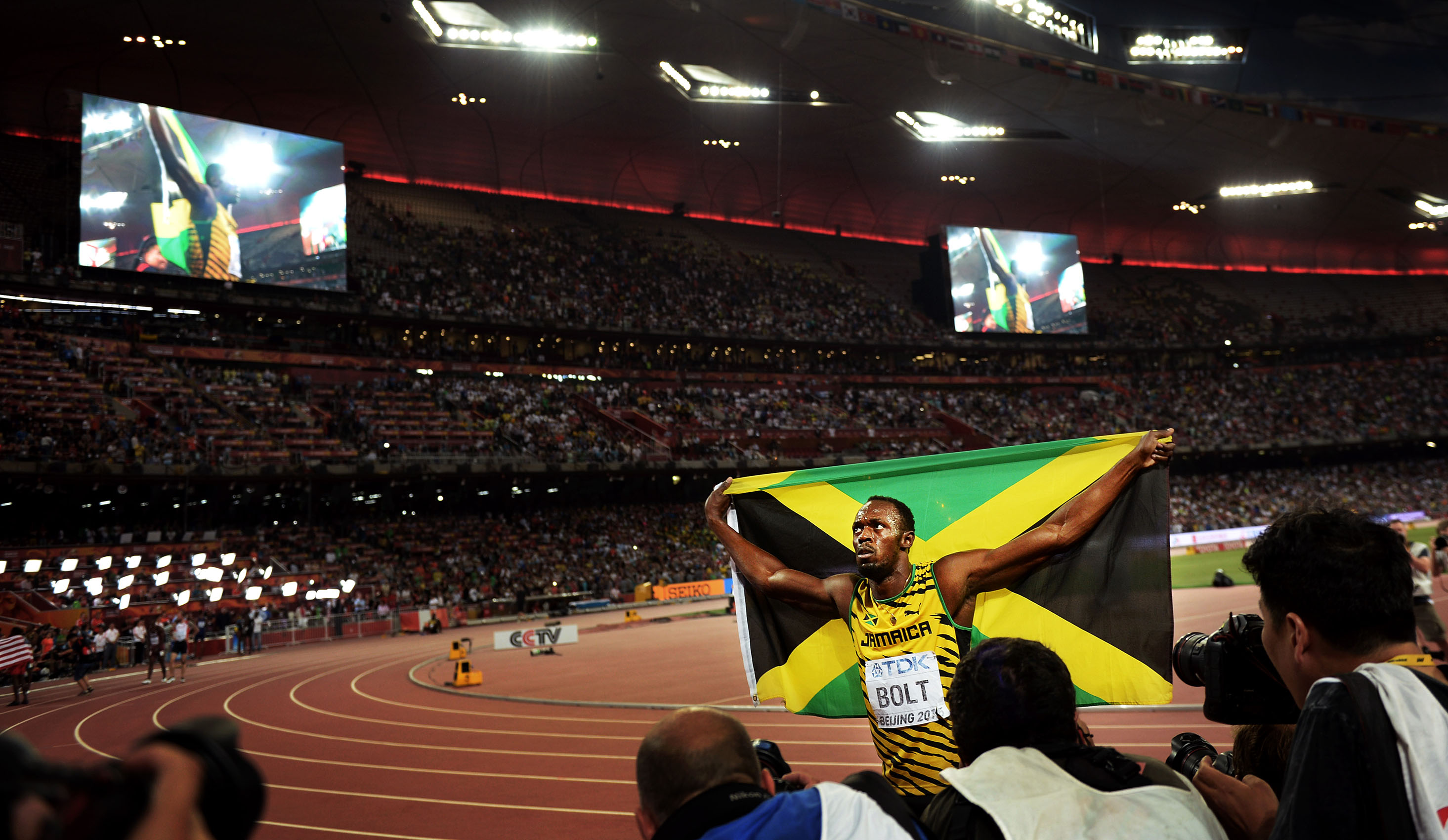 The 200m duel between Jamaica’s defending champion Usain Bolt and USA’s Justin Gatlin was the last event of Thursday evening and the highlight of the day.

After Bolt won the 100m, even with Gatlin not having a perfect race there, it was clear that the 200m was going to be even harder for 33-year-old Gatlin to win.

Despite his world records in the 100m, 29-year-old Bolt has been a 200m specialist since he was 15 years old. That experience showed through the rounds, and in the semi-finals he had shown the same kind of power and pace from his best races.

With the athletes emerging on to the track from the tunnel behind the 100m start, the Chinese crowd roared in delight upon seeing Bolt jogging towards the 200m start. The Jamaican had won three consecutive world titles in this event between 2009 and 2013, but his winning margins had shortened.

Looking every bit back to his dominant best, there was no way that anyone would have beaten him tonight. He powered home to win in a world-leading 19.55, his fastest time since the 2012 Olympic final. He clearly had something to spare, too, as he was smiling through the last 20 metres of the race.

It was the fifth fastest time of his career and 0.19 faster than Gatlin’s 19.74 in second place.

Once again, as in the 100m, Gatlin failed to match his best result of the season, the 19.57 he ran to win the US title in June. It was Gatlin’s second silver medal at these championships and his fourth silver overall at the World Championships.

Anaso Jobodwana, appearing in his third straight global championships final, took the bronze medal in a national record of 19.87. Before yesterday, South Africa had never won a medal in a men’s or women’s flat sprint event at the World Championships. Now, following Wayde van Niekerk’s 400m gold, they have two sprint medals.

But Jobodwana’s bronze was far from certain, because the difference to fourth-placed Alonso Edward was a mere two thousandths of a second, their exact times being 19.861 and 19.863 respectively.

Britain’s Zharnel Hughes has been consistent this season, but the 20-year-old was not yet ready to win a medal. A 20.02 personal best for the fifth place, however, is a great achievement at his first World Championships.

Turkey’s Ramil Guilyev was sixth in 20.11, missing the national record he set in the heats by just 0.1. This is the 25-year-old’s best placing at the World Championships, having finished seventh in Berlin in 2009 at the age of 19 when he represented Azerbaijan.