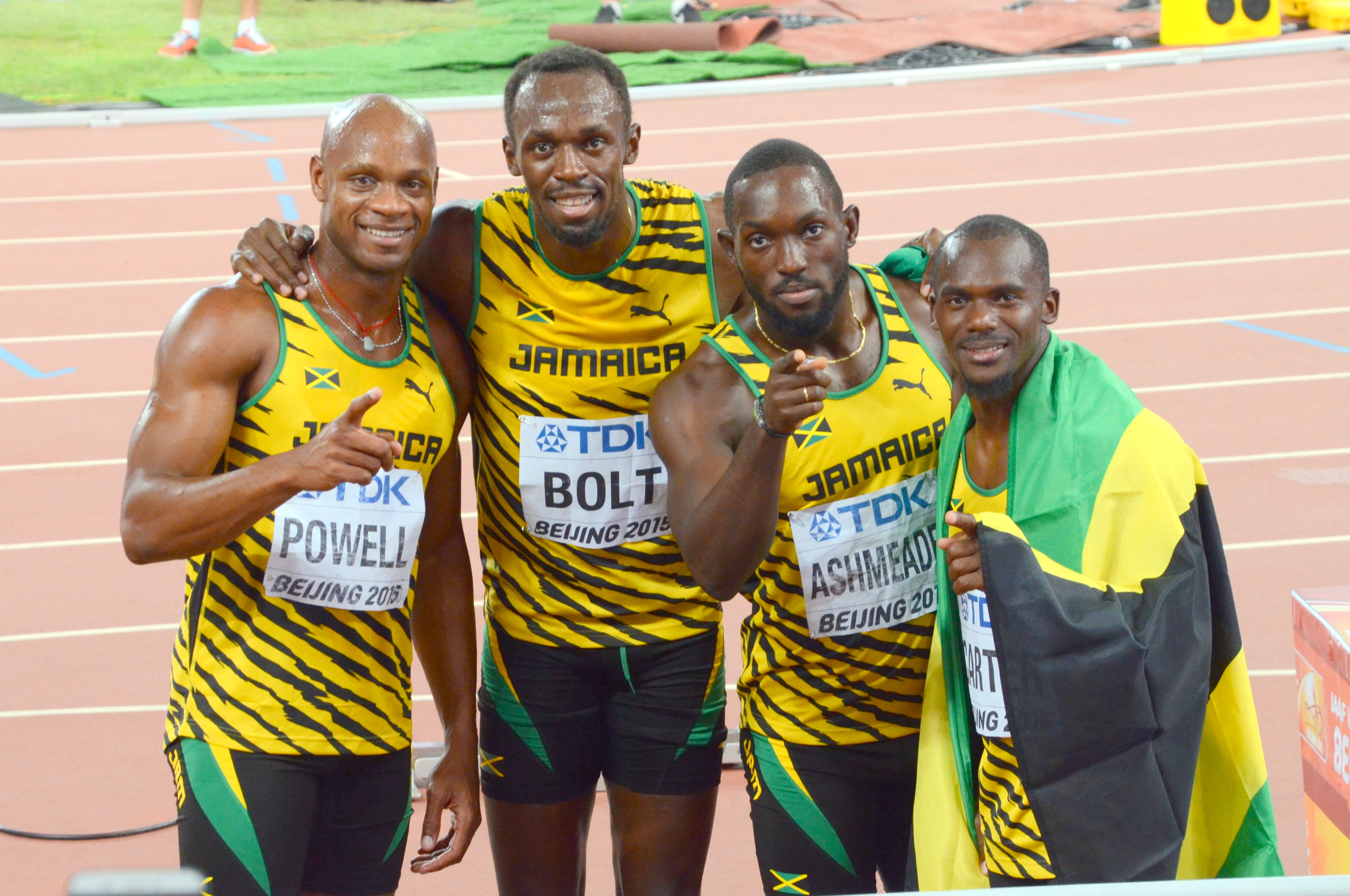 Usain Bolt brought the curtain down on a spine-tingling evening of athletics by anchoring Jamaica to a fourth successive men’s 4x100m title and extended his record-breaking personal haul of IAAF World Championships gold medals to 11 on Saturday night.

There was also further relay heartbreak for the USA, who had held a commanding lead until an illegal baton exchange between Tyson Gay and anchor Mike Rodgers. It is the fourth time at the past six editions of the World Championships that they have failed to finish or been disqualified.

Following the USA’s disqualification, the home crowd were sent into roars of ecstasy as China, who had already seized their maiden global men’s 4x100m medal, were upgraded from bronze to silver with Canada elevated into the bronze medal position.

The USA had talked a good game of bringing to an end Jamaica’s seven-year reign as global champions (now including four world and the past two Olympic titles) in this event.

They had claimed the Caribbean island’s scalp at the IAAF World Relays in May, but with Bolt on anchor, the Jamaicans knew that if they could give him the baton within range then he was always likely to deliver.

With the respective teams presented to the crowd from behind a giant door adding an element of theatre and drama, the atmosphere inside a buzzing Bird’s Nest stadium briefly replicated a football crowd as the spectators rousingly chanted for a Chinese quartet, who had reached their first World Championships final in this event for 28 years.

Bolt had replaced Rasheed Dwyer in the Jamaican quartet who had topped the qualifiers from the Saturday morning heats while the USA remained loyal to their heat line-up of Trayvon Bromell, Justin Gatlin, Gay and Rodgers for the medal race.

Once the gun was finally fired all eyes – well, non-Chinese ones at least – were locked on Jamaican first-leg runner Carter in lane four and US opener and 100m individual bronze medallist Bromell.

The pair appeared equally matched but the outgoing Jamaican runner, Asafa Powell, appeared to slow to a stutter when taking the baton and lost crucial momentum.

Down the back straight it was Gatlin, the individual 100m silver medallist, up against the former world record-holder Powell who appeared to extend the USA’s advantage.

Jamaica also made a hash of the second exchange as Powell bumped into the back of outgoing runner Nickel Ashmeade.

Rounding the final bend, the US was in the box seat until a catastrophic exchange between Gay and Rodgers, in which the anchor runner appeared to set off too early. He then slowed to a jog to reach out for the baton but was crucially deemed out of the exchange zone, leading to their disqualification.

Jamaica, who has endured two poor exchanges, got the third one right to Bolt and then it was simply a case of the big Jamaican doing what he does best, winning gold medals.

He stopped the clock in a world-leading 37.36, remarkable considering the sloppy nature of their baton passing.

There was also drama behind the first two nations across the line. Great Britain, who were holding third position, completely messed up the final exchange between James Ellington and Chijindu Ujah with the latter left stranded after appearing to set off too early and failing to receive the baton.

This left the Chinese quartet of Mo Youxue, Xie Zhenye, Su Bingtian and Zhang Peimeng running in the outside lane nine to collect their historic medal in 38.01, a fraction slower than they had run when setting an Asian record in the morning’s heats.

For a second successive World Championships, Canada won bronze followed by Germany in fourth. Canada posted a time of 38.13 to earn a spot on the podium by just 0.02.