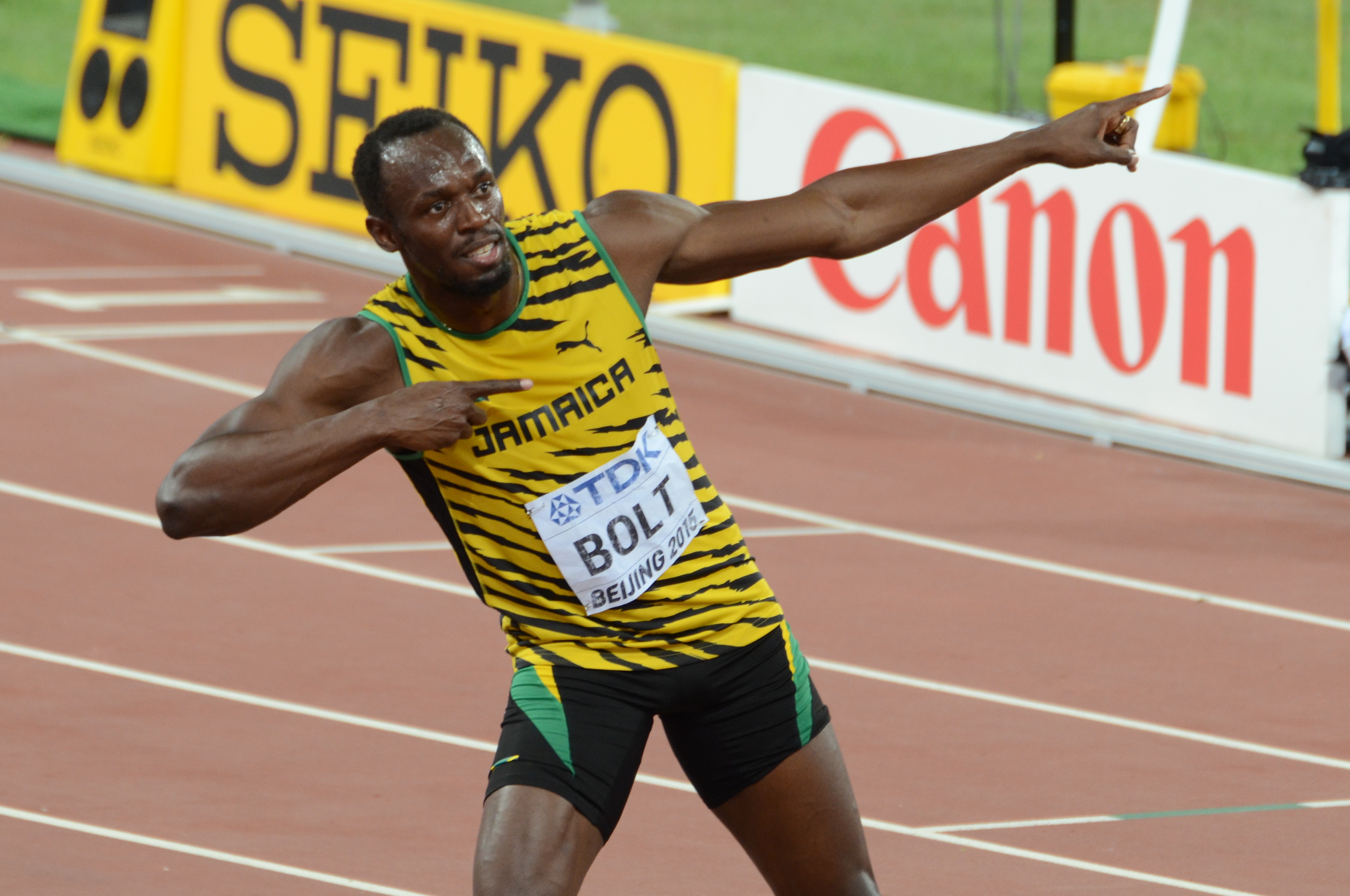 The sound you did not hear was the sound of Usain Bolt’s empire come crashing down.

On Sunday night Bolt won his third World Championships 100m title in the stadium where it all began at the 2008 Olympic Games.

No world record this time – it was a moderate 9.79, his fastest of the year but slowest of all his championship victories. No show-boating at the finish. No time to make even the slightest mistake as he had with a stumble in the first few strides of his semi-final.

He faced the toughest race of his career. Justin Gatlin was on top of the world list, undefeated and seemingly invincible. In contrast to Bolt’s semi-final, Gatlin had won his with consummate ease in 9.77. No fewer than five times this year has he run faster than Sunday night’s winning time.

It loomed as Bolt’s ‘Rumble in the Jungle’ moment, the people’s champion – he got a greater reception even than China’s Su Bingtian – against a mean opponent many of us thought he could not beat.

But in an eerily uncanny mirror image of the semi-finals, Gatlin stumbled and lost form as he strove to hold Bolt off to the line. Bolt has often said over the years that if he was within reach of anyone at 50 metres, he could beat them home.

This night that belief was put to the test. Bolt was behind Gatlin at half-way, but close enough. You could almost see his self-belief kick in. Bolt puffed out his chest and charged from there; Gatlin ran like a man trying desperately to hold on to what he had.

It all started for Bolt at the Bird’s Nest. He won the 100m in a world record, repeated the trick at 200m and then repeated the same feat – dual wins, dual world records – at the World Championships in Berlin a year later.

Daegu in 2011 brought the only blip on Bolt’s CV, a false start knocking him out of contention in the 100m final. But he won the 200m and London 2012 and Moscow 2013 brought two more individual doubles.

It is an extraordinary record of dominance that few expected to be maintained here.

The semi-final round had thrown up any number of statistical ‘firsts’, including the first nine-man 100m final at the World Championships as Su and Jimmy Vicaut could not be separated to thousandths of a second for the eighth spot.

The final was just as prolific by the numbers. Trayvon Bromell and Andre De Grasse, the next generation of world sprinters, tied for the bronze medal, each of them running 9.92 after long collegiate seasons. Mike Rodgers was an isolated fourth in 9.94 before Tyson Gay, Asafa Powell and Vicaut were all given 10.00 in finishing sixth, seventh and eighth.

Su, cheered to the echo, was ninth and last in 10.06, but it has been a year of constant advance for the Chinese sprinter. The first Chinese man to run under 10 seconds with his 9.99 in Eugene earlier in the year, he repeated that time in the semi-finals in becoming the first Chinese athlete to reach an outdoor World Championships sprint final.

And so Bolt leaves the Bird’s Nest on 23 August 2015 just the same way as he left it on 16 August 2008 – as the world’s fastest man, if not outright, then at least when it counts. Bolt did not blink when facing his toughest assignment.

Perhaps we should not have been surprised. Bolt is a hero, and going back to an earlier Hollywood cliché, the hero always escapes in the final reel.