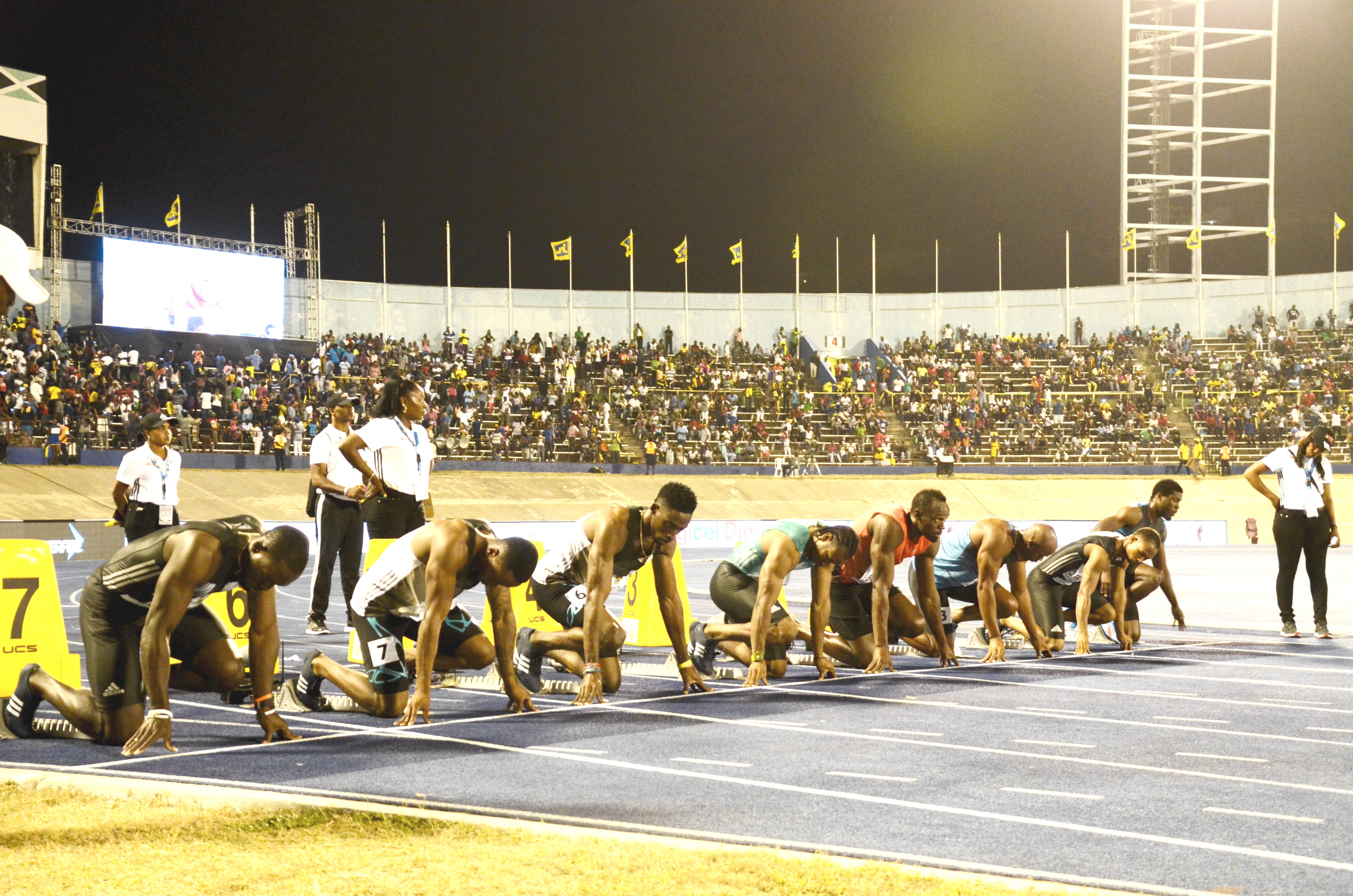 11th June 2016 – Running in front of his home crowd at the JN Racers Grand Prix in Kingston, Usain recovered for a stumble to win a high quality 100m in a time of 9.88 seconds.  Report from www.iaaf.org –

Usain Bolt gave an emphatic demonstration of his readiness for an Olympic three-peat by running 9.88 (1.0m/s) to win the 100m at the JN Racers Grand Prix in Kingston, Jamaica on Saturday night (11).

The contest itself was worthy of an Olympic final with Bolt, Yohan Blake and Asafa Powell – three Jamaicans ranked in the top four on the world all-time list – coming together in a rare face-off. This was their fourth meeting, and once again it was the world record-holder who reigned supreme.

Bolt, who was drawn in lane four between Blake on his right and Powell to his left, got off to a disastrous start, rekindling visions of what happened in the semi-final at the IAAF World Championships Beijing 2015.

However, the six-time Olympic champion recovered quickly midway through the race and responded with his familiar unrelenting top-end speed from the 60-metre mark to power away to a scintillating victory. Bolt even had the audacity to ease down considerably in the final 10 metres.

“I’m happy I got a season best,” said Bolt afterwards. “It wasn’t a perfect race but the key thing is that I actually won and that’s a good thing and I came out injury-free. It’s all about execution sometimes and even if you don’t get it you have to be strong, composed and just run through the line.”

Nickel Ashmeade was a surprise runner-up, edging 2011 world champion Blake at the finish line with both registering identical season’s best times of 9.94. Powell rounded out the top four with his first legal sub-10 this season, running 9.98, thereby making it the first time this season that four men have gone below 10 seconds in the same race.