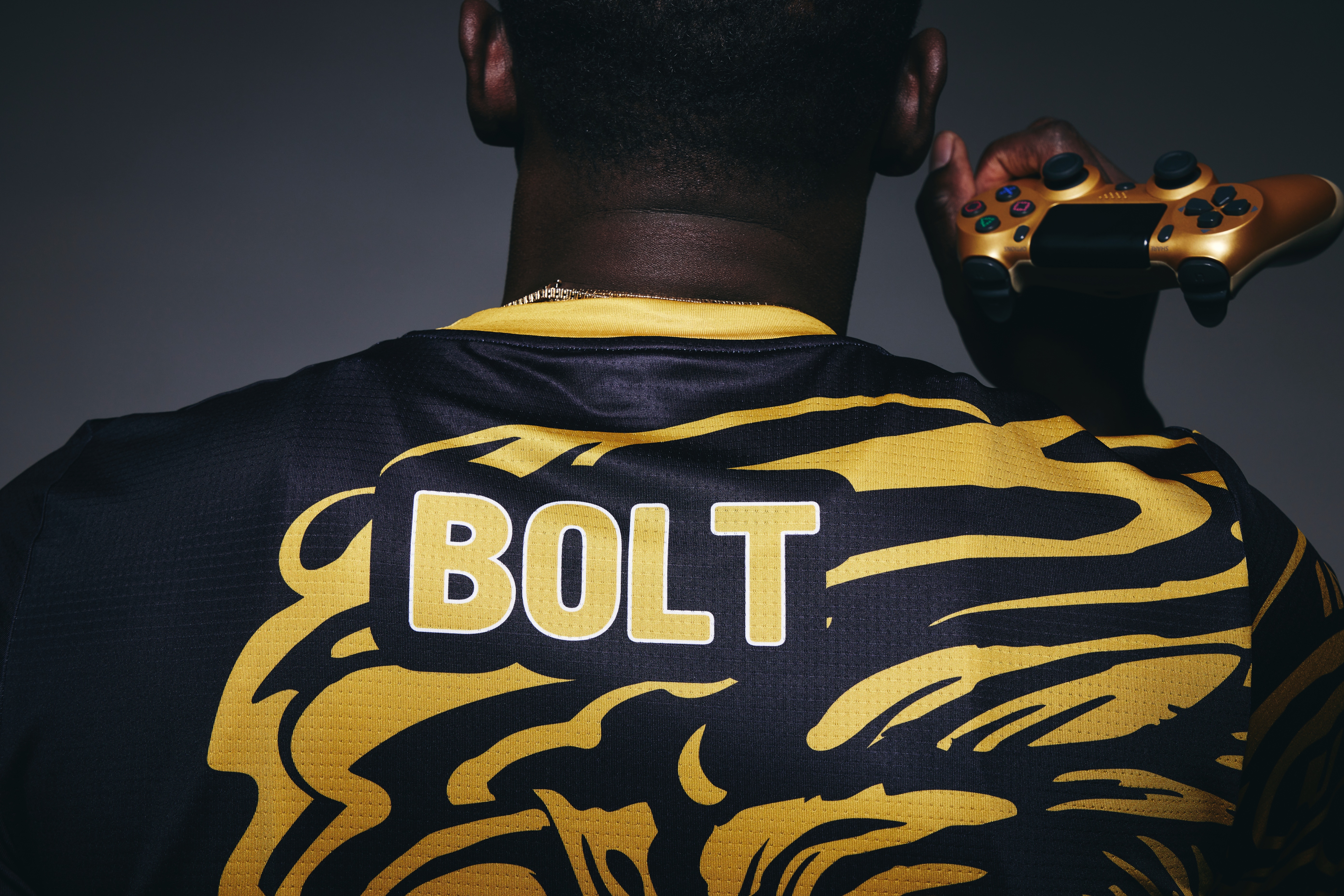 March 30th 2022: WYLDE, a new esports organisation, announces this morning that global sports star Usain Bolt has joined the business as a co-owner as he enters the world of esports. Created by the convergence of gaming, entertainment and a competitive performance culture, WYLDE has global ambition.

Coupled with his Olympic-winning mentality and personal passion for gaming, Usain Bolt will drive WYLDE’s mission to identify, empower and support talent whilst adopting a strong commitment to diversity and inclusivity.

Having retired from elite sprinting in 2017, Usain joins WYLDE at a time when esports is rapidly establishing itself as central to mainstream entertainment. As co-owner and an active member of the leadership team, Usain will be involved in a range of activities focused on elevating WYLDE’s growing brand.

WYLDE currently has teams competing in Rainbow Six Siege, Valorant, Rocket League and FIFA. The organisation is already represented by winning teams in UK & Ireland, Germany and France and has recruited professional players, academy athletes and content creators across 16 countries, reflecting the global nature of esports.

With esports predicted to attract 29.6 million monthly viewers in 2022, it is now the fastest growing spectator sport in the world. In exciting developments for the industry, esports gamers will compete at both 2022’s Commonwealth and Asian Games for the first time, highlighting its rapidly growing global popularity. In addition, recent capital raises underline esports’ status as a compelling investment proposition, reflecting the long-term prospects in this space.

Co-founders, Steve and David, are looking to build a responsible esports and entertainment brand centred on a strong revenue model and pragmatic leadership to maximise return on investment. Sustainable business practices and integrity are a key part of WYLDE’s offering in a high-growth industry that is evolving at pace.

Usain Bolt, co-owner, WYLDE said: “WYLDE is on a journey to become one of the biggest brands in the fastest growing sport in the world. In esports, as in track & field, it’s critical to instil that competitive, winning mentality. I look forward to working with the WYLDE leadership team to help the players reach their potential, while also taking care of their physical and mental wellbeing”.

WYLDE co-founder David Cronin said: “Usain coming on board takes WYLDE to the next level. With his vast competitive experience and Olympic-winning mentality, his guidance will be invaluable as we continue to build professional structures to support the development of our players”.

In 2021, WYLDE established an academy to inspire and nurture gaming talent by organising community tournaments, providing professional coaching to young talent, and hosting a number of WYLDE Bootcamps across Europe. In partnership with its newest shareholder Usain Bolt, WYLDE plans to host a Jamaican bootcamp later in 2022.

WYLDE is currently engaged in sponsorship discussions with a number of global brands focused on entering the esports industry to reach a new generation.