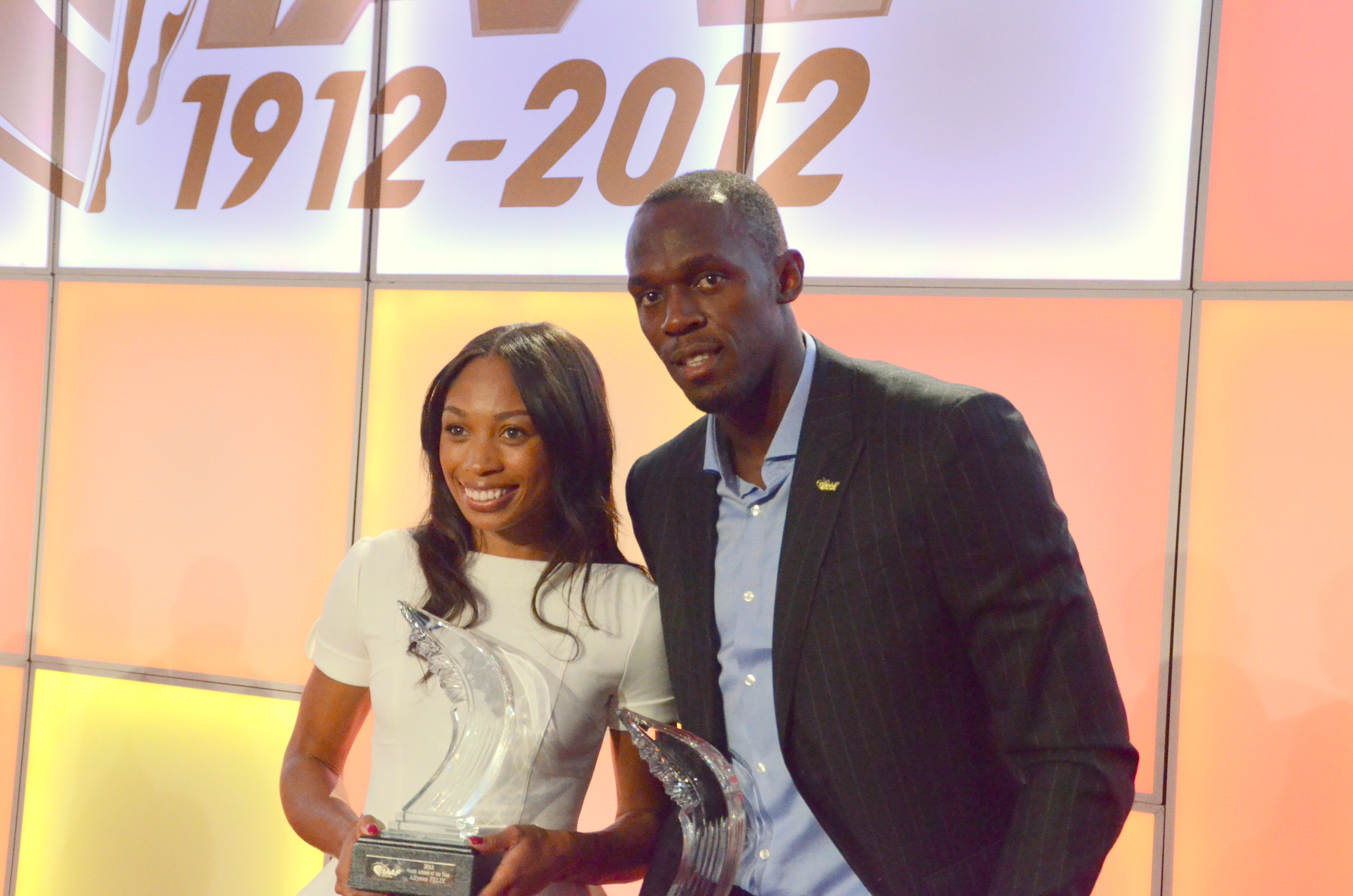 24 November 2012 – Barcelona, Spain – Usain Bolt (JAM) and Allyson Felix (USA) were today named the Male and Female World Athletes of the Year for 2012.

Bolt, who won the award for the fourth time, and Felix, a first-time winner, received their trophies and US$100,000 prize at the Athletes of the Year Awards Ceremony this afternoon in the Grand Ballroom of the Pullman Skipper Hotel, ahead of this evening’s IAAF Centenary Gala Show in the MNAC Museum.

“This means a lot to me as this was one of my hardest years,” said Bolt. “My coach doesn’t want us to discuss injuries, so I didn’t talk about it, so this means a lot.”

Allyson Felix, 27, following World 200m titles in 2005, 2007 and 2009, won the Olympic 200m title in London and was part of the gold medal-winning 4x100m and 4x400m Relay teams to become the first woman since 1988 to win three gold medals at a single Olympic Games. The victorious 4x100m Relay quartet in London clocked a 40.82 World record. Her 21.69 victory in the 200m at the U.S. Olympic Trials was the fastest in the world this year and made Felix the fourth fastest woman in history.

“It is pretty much one of the coolest awards I’ve ever received,” Felix said. “Winning it means you are at the top of your sport, which is something we all strive for. To finally reach the goal during the journey of a long career is very special.”