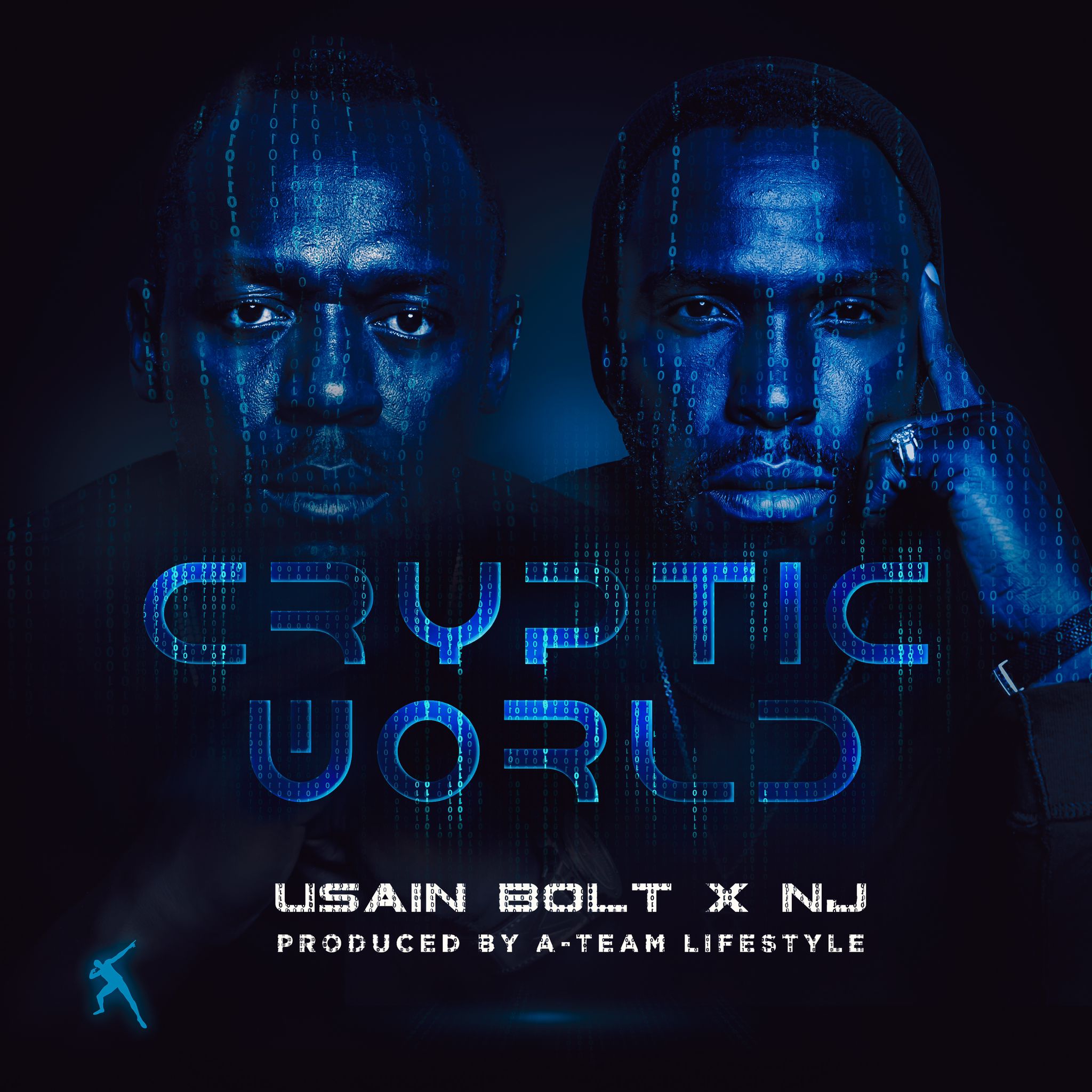 A mesmerizing tune greets the eardrums, when ‘Cryptic World’ keys in, forcing one to stop and listen as the duo touches on the topics of education, health, politics and crime.

The multi-Olympic Gold medallist, Bolt, intros the song with a reminder: “no matter where we are in life, we will never forget where we’re from”.

‘Cryptic World’ is the latest production under the Usain Bolt-owned A-team Lifestyle record label. A relatively new producer, Bolt says he saw the need to produce a song addressing the issues being faced by Jamaicans. In 2021, through his label, Bolt released a popular social commentary song, ‘Lock Down’, featuring international recording artist and fellow Jamaican Cham.

“As I continue to learn, grow and evolve in the music business it’s important that I produce different types of music. I have done party songs, lifestyle etc., so now I’m producing another social commentary type of music that addresses the many issues facing our society.”

A strong social commentary piece penned by Bolt’s chameleon-like manager, who seamlessly adapt to the many business needs of the Bolt team, producer, and trained teacher, Nugent Walker, highlights some of the undisguisable flaws in Jamaica’s social and political fibers, in the lyrics of ‘Cryptic World’.

“Dem sabotage education, that’s why teachers are the worst paid”, sings Walker, as he echoes the sentiments of most Jamaicans who have had a front-row seat to the seemingly mass migration of the nation’s educators, with the country’s Education Minister confirming, in August, Jamaica’s loss of 167 teachers over a two-month period.

“I am always writing different types of songs. After speaking with a practicing educator friend of mine, who shared how challenging things are, I was moved to write “Cryptic World”. “I believe the song echoes the emotions of many, making it one of my best songs yet.” Walker said.

Both men emanate from humble beginnings in rural Jamaica, making them no strangers to the challenges of the wider population.

The Trelawny native, Usain Bolt, says he will always do his best to shed light on the various issues being faced by his fellow Jamaicans.

“I am a person that connects with people daily. Everyday I meet someone who shares struggles that they are faced with … asking me how I can assist. So this song, ‘Cryptic World’, is my way of saying to people, yes, I hear their voices, and will always do my best in my own little way to help or just shed some light on the different issues,” Bolt says.

An eight-time Olympic gold medallist, Bolt is the only sprinter to win Olympic 100m and 200m titles at three consecutive Olympics (2008, 2012, and 2016). He also won two 4×100 relay gold medals. He gained worldwide fame for his double sprint victory in world record times at the 2008 Beijing Olympics, which made him the first person to hold both records since fully automatic time became mandatory.

Cryptic World is distributed by audio and video distribution company Marvment, and is available on iTunes, Apple Music, Spotify, Amazon Music, Deezer, Tidal and a host of other streaming platforms.

Watch the official video for Cryptic World on YouTube at usainboltVEVO channel.