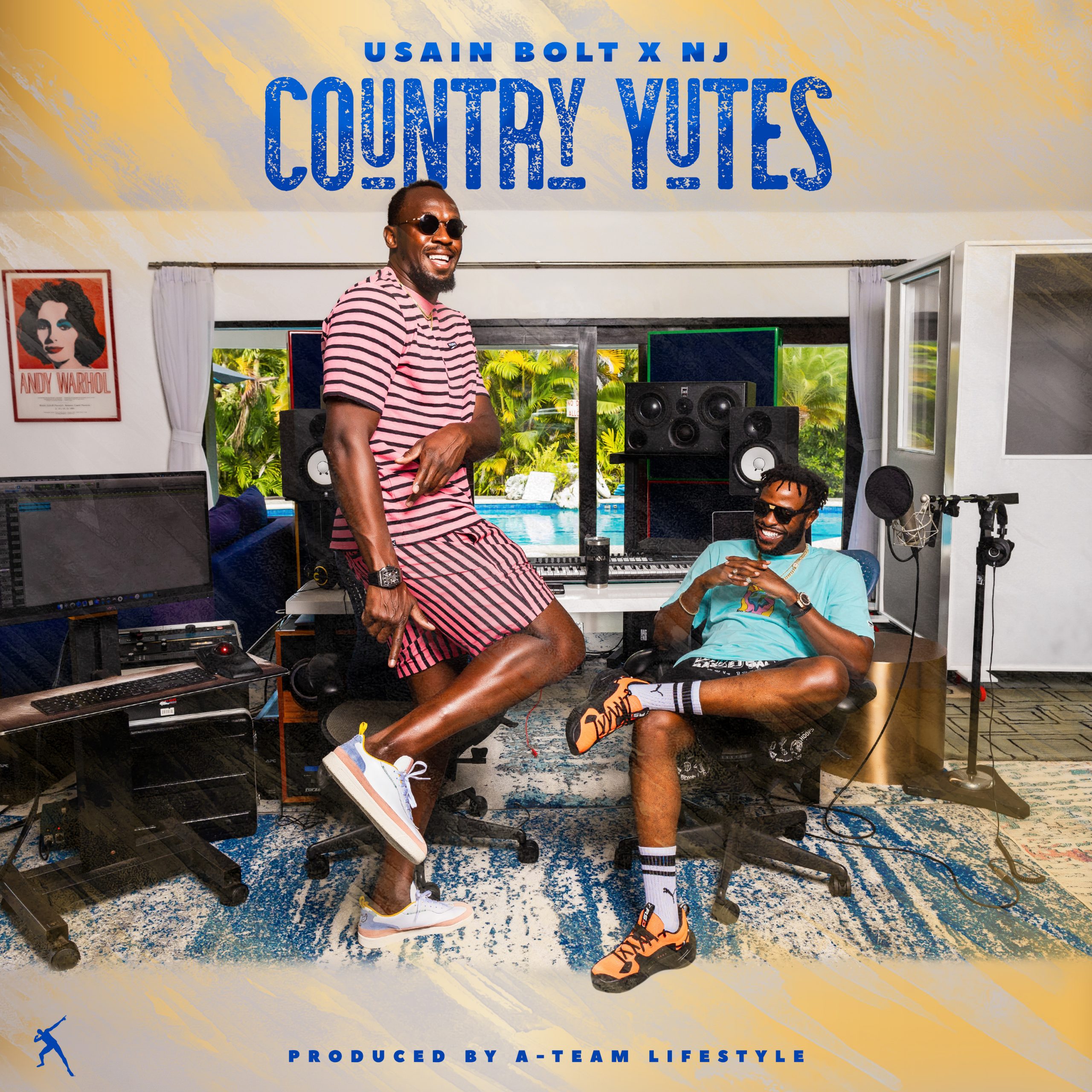 “Country Yutes” serves as a beautiful, seamless convergence of genres, sounds, and vibes native to Bolt’s worldview of influences. Bolt unites the new and next of Dancehall/Reggae with his best friend Nugent “NJ” Walker, who takes a natural lead as primary featured artist, Bibi, Kamal, Jae Xo while he and his A-Team Lifestyle ensemble masterfully curate prowess production and more.

“If you have followed my career over the years, you would see me always dancing and listening to music. It’s no secret to the world that I love music. Music has just always been a part of my DNA,” Usain shares.

Usain x NJ provide the soundtrack of times as they chronicle many experiences native to growing up in the Trelawny Parish of Sherwood Content to life in Kingston by delivering a genre-ranged project from bass-knocking sonics of dancehall and transformative melodies of Reggae to newage sounds of Hip Hop/Trap. Together, the self-proclaimed Country Yutes takes listeners on a journey that connects a universal community of music lovers of all walks of life through rapturous culture riddims.

Aiding his momentous release, Usain released three Dancehall mixtapes in “Olympe Rose Riddim,” “Immortal Riddim,” and “Clockwork Riddim,” which all saw incredible acclaim as he established his ferocious footing in the world of music. Many of today’s finest Dancehall/Reggae stars and legends such as Vybz Kartel, Ding Dong, Dexta Daps, Chris Martin, Damarco, and more saw it only right to join in on Usain-produced riddims. Earlier this year, he partnered with dancehall icon Baby Cham to release “Lockdown,” from his Clockwork Riddim, which amassed tremendous accolades as the track secured the Top 10 placement on the Reggae/Dancehall iTunes charts and more. Another key standout track stemming from the Clockwork Riddim “Timing” featured NJ x Usain and served as a radiant anthesis leading into the creation of “Country Yutes.”

Now, as Usain sets his mark in his new lane that extends beyond sports, he is laser-focused on sharing his talents globally.